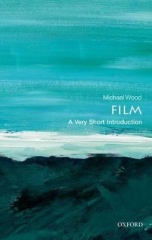 By (author) Michael Wood
Genres: Film: styles & genres, Theory of art, Films, cinema
Format: Paperback / softback
Publisher: Oxford University Press, Oxford, United Kingdom
Published: 26th Jan 2012
Dimensions: w 115mm h 173mm d 15mm
Weight: 141g
ISBN-10: 0192803530
ISBN-13: 9780192803535
Barcode No: 9780192803535
Synopsis
Film is considered by some to be the most dominant art form of the twentieth century. It is many things, but it has become above all a means of telling stories through images and sounds. The stories are often offered to us as quite false, frankly and beautifully fantastic, and they are sometimes insistently said to be true. But they are stories in both cases, and there are very few films, even in avant-garde art, that don't imply or quietly slip into narrative. This story element is important, and is closely connected with the simplest fact about moving pictures: they do move. Even the older meanings of the word 'film' - a membrane, a covering, a veil, an emanation - now seem to have something to do with moving pictures. Many people believe films are an instrument of illusion, an emphatic way of seeing what is not there; and this capacity has been both celebrated and condemned. 'Like a movie' mostly means like some sort of fairy-tale. But what about the reverse proposition: that more than any other invention film brings us close to the world as it actually is? 'Photography is truth', a character says in a film by Jean-Luc Godard. 'And cinema is the truth twenty-four times per second'. The same claim is made every day, albeit less epigrammatically, by newsreels and surveillance cameras. In this Very Short Introduction Michael Wood provides a brief history and examination of the nature of the medium of film, considering its role and impact on society as well as its future in the digital age. ABOUT THE SERIES: The Very Short Introductions series from Oxford University Press contains hundreds of titles in almost every subject area. These pocket-sized books are the perfect way to get ahead in a new subject quickly. Our expert authors combine facts, analysis, perspective, new ideas, and enthusiasm to make interesting and challenging topics highly readable.

Submit your review
Newspapers & Magazines
This is an excellent short guide that manages to cram in a vast amount of information into a very small space. It never pretends to offer a history of film but is a superb resource for getting students to think about film as a medium, and to think about what makes film distinct as a means of conveying information, emotion, ideas at the same time as generating wonder, admiration, controversy, or ire. An unrivalled introduction to thinking about film as a medium. /
Matthew Woodcock, University of East Anglia
Cookies are disabled, please note some site features may not function correctly.