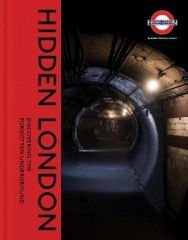 Submit your review
Newspapers & Magazines
"From the lost tunnels at Euston to the deep-level shelter at Clapham South, the book is an expansive look at the Underground, with images from previously unseen archives" - Henry Wong, Design Week
Cookies are disabled, please note some site features may not function correctly.