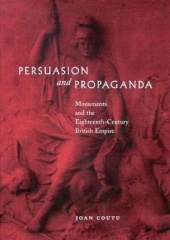 Monuments and the Eighteenth-Century British Empire

Submit your review
Newspapers & Magazines
"One of the most neglected subjects of eighteenth-century British and European art - the use of commemorative monuments to validate empire-building." Romita Ray, Museum of Art, The University of Georgia
Cookies are disabled, please note some site features may not function correctly.