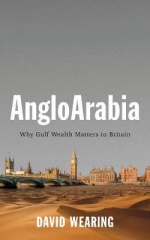 Why Gulf Wealth Matters to Britain

By (author) David Wearing
Genres: International relations
Format: Paperback / softback
Publisher: Polity Press, Oxford, United Kingdom
Published: 28th Sep 2018
Dimensions: w 133mm h 205mm d 34mm
Weight: 385g
ISBN-10: 1509532048
ISBN-13: 9781509532049
Barcode No: 9781509532049
Synopsis
UK ties with Saudi Arabia and the other Gulf monarchies are under the spotlight as never before. Huge controversy surrounds Britain's alliances with these deeply repressive regimes, and the UK's key supporting role in the disastrous Saudi-led intervention in Yemen has lent added urgency to the debate. What lies behind the British government's decision to place politics before principles in the Gulf? Why have Anglo-Arabian relations grown even closer in recent years, despite ongoing, egregious human rights violations? In this ground-breaking analysis, David Wearing argues that the Gulf Arab monarchies constitute the UK's most important and lucrative alliances in the global south. They are central both to the British government's ambitions to retain its status in the world system, and to its post-Brexit economic strategy. Exploring the complex and intertwined structures of UK-Gulf relations in trade and investment, arms sales and military cooperation, and energy, Wearing shines a light on the shocking lengths to which the British state has gone in order to support these regimes. As these issues continue to make the headlines, this book lifts the lid on 'AngloArabia' and what's at stake for both sides.

Submit your review
Newspapers & Magazines
"Well written and full of revealing information, this book explores the parameters and details of UK-Gulf relations and the role of Gulf Arab states in sustaining UK global presence."
Rosemary Hollis, City, University of London

"One of the most important interventions on British foreign policy in recent years. In light of the UK's role in the disastrous war in Yemen, Wearing's book could not be more urgent or necessary."
Owen Jones, The Guardian

"David Wearing has done a superb job of investigating the ties that bind the United Kingdom so firmly to the oil and gas producing monarchies of the Arabian Peninsula. A well-researched, highly readable and convincing analysis."Charles Tripp, SOAS University of London
"Essential and deeply impressive."
Morning Star

'A welcome, detailed perspective on the underlying strategic interests which explain the UK's continued servicing of the Saudi-led intervention in Yemen.' Peace News
Cookies are disabled, please note some site features may not function correctly.