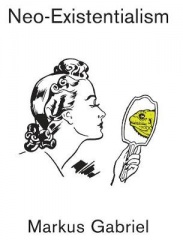 By (author) Markus Gabriel
Genres: Philosophy of mind
Format: Paperback / softback
Publisher: Polity Press, Oxford, United Kingdom
Published: 5th Oct 2018
Dimensions: w 138mm h 216mm d 12mm
Weight: 186g
ISBN-10: 150953248X
ISBN-13: 9781509532483
Barcode No: 9781509532483
Synopsis
In this highly original book, Markus Gabriel offers an account of the human self that overcomes the deadlocks inherent in the standard positions of contemporary philosophy of mind. His view, Neo-Existentialism, is thoroughly anti-naturalist in that it repudiates any theory according to which the ensemble of our best natural-scientific knowledge is able to account fully for human mindedness. Instead, he shows that human mindedness consists in an open-ended proliferation of mentalistic vocabularies. Their role in the human life form consists in making sense of the fact that the human being does not merely blend in with inanimate nature and the rest of the animal kingdom. Humans rely on a self-portrait that locates them in the broadest conceivable context of the universe. What distinguishes this self-portrait from our knowledge of natural reality is that we change in light of our true and false beliefs about the human being. Gabriel's argument is challenged in this volume by Charles Taylor, Andrea Kern and Jocelyn Benoist. In defending his argument against these and other objections and in spelling out his theory of self-constitution, Gabriel refutes naturalism's metaphysical claim to epistemic exclusiveness and opens up new paths for future self-knowledge beyond the contemporary ideology of the scientific worldview.

Submit your review
Newspapers & Magazines
"Markus Gabriel has a radical and deeply interesting conception of what philosophical picture we should form of our situation, a conception which has roots in classical German philosophy and retrieves a powerful but neglected portion of the existentialist legacy. This book weighs the familiar claims of naturalism and anti-naturalism in new terms and puts forward an original proposal for exiting from the deadlock to which they all too often lead."Sebastian Gardner, University College, London
Cookies are disabled, please note some site features may not function correctly.