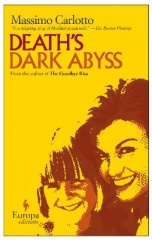 Submit your review
Kirkus US
Carlotto (The Goodbye Kiss, 2006) presents a battle of wits between a childless widower and the criminal who killed his wife and son.Fifteen years ago, a robbery gone wrong left two hostages dead and sent Raffaello Beggiato to prison for life because he refused to name the accomplice he insisted had pulled the trigger. Now that Raffaello's been diagnosed with cancer, he writes to Silvano Contin begging his forgiveness so that his attorney can add Silvano's letter to Raffaello's petition for a pardon. Silvano, who's spent every day since the robbery in an agony of grief and despair, initially refuses the importuning of Raffaello, his mother, his attorney, the prison chaplain and a meddlesome former juror. If Raffaello still won't identify the partner who got off scot-free with the proceeds of the robbery, he tells them indignantly, let him rot in jail. But the news that the rest of Raffaello's sentence is likely to be suspended so that he can receive medical treatment turns Silvano's thoughts murderous. Alternating between Raffaello and Silvano's viewpoints-the latter translated far more convincingly than the former-Carlotto shows Silvano plotting to trick Raffaello into revealing the name he's kept secret for 15 years-or to avenge his wife and son in an even more nasty and devious way.Beneath the conventions of Continental noir is a remarkable study of corruption and redemption in a world where revenge is best served ice-cold. (Kirkus Reviews)
Cookies are disabled, please note some site features may not function correctly.