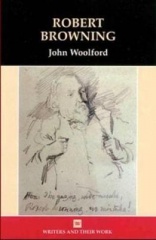 Writers and their Work

By (author) John Woolford
Genres: Literary studies: c 1800 to c 1900 , Literary studies: poetry & poets
Format: Paperback / softback
Publisher: Northcote House Publishers Ltd, United Kingdom
Published: 31st Dec 2007
Dimensions: w 150mm h 150mm d 20mm
Weight: 500g
ISBN-10: 0746309813
ISBN-13: 9780746309810
Barcode No: 9780746309810
Synopsis
Browning has been identified as the greatest nineteenth century poet of human psychology, but the category most popular in his own time defined him as a poet of 'the grotesque'. In this book, John Woolford undertakes to specify the precise meaning and scope of this term, in the process placing him in a major aesthetic tradition running from the Romantic Sublime through to modern concepts and theorisations of the grotesque, such as the Bakhtinian. This study subsumes the other major critical discourse fertilised by his work, the 'dramatic monologue', but adds to that other notable features of it, such as its lucid language, and what has impeded his full appreciation hitherto, its difficulty. The study seeks, not to excuse but to explain and celebrate the intellectual white heat at which he worked, and to position all aspects of his output within a unified theory of its significance. Browning was arguably the cleverest of the English poets, but he was more than that: contemporary comparisons of him with Chaucer and Shakespeare are not misplaced.